The Exodus from US Assets - Michael Howell on Real Vision

Posted by Goldmineseeker@gmail.com at Sunday, March 25, 2018 No comments:

Gold breaking out vs Bonds and Stocks - JC Perets


Posted by Goldmineseeker@gmail.com at Saturday, March 24, 2018 No comments:

As at the Gold Tent blog 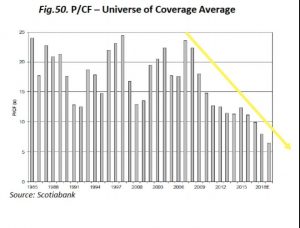 Including the Sprott Backed Tradewind

"Gold-focused money manager Sprott owns approximately 20 percent of TradeWind and plans to use the platform as a dealer, but said it’s too soon to say whether it will migrate its physical gold trust onto the platform. Chief Executive Officer Peter Grosskopf called the digitization of gold trading “the most important thing to happen to the gold market in the last several decades.”

“Gold has always been criticized as being an inefficient product, a lazy product, a product that’s hard to transact with,” Grosskopf said in a phone interview. “It’s almost as though the blockchain were invented for gold. The marriage of the two, I think it’s going to be incredibly powerful.”
Grosskopf said he sees a day where gold is used as a form of digital cash, supplanting cryptocurrencies and opening up a “completely new user base.”
“It’s a market that’s many hundred times as large as cryptocurrency markets and once it’s fast and it’s secure, why would anyone use crypto?” Grosskopf said. “Every year since the 1970s gold has lost market share to financial assets and I think this gives it a chance to come back against those financial assets.”
Posted by Goldmineseeker@gmail.com at Monday, March 12, 2018 1 comment: